After a short flight from Cairo, I arrived to Aswan. The view of Sahara desert was fantastic form the airplane. You also see the Nile river as a snake, flowing by dividing the desert into two with a greenery around it. Nile is the source of life!

Aswan is a city located in the south of Egypt. It is a very truistic place. During the ancient times, the city was one of the trade centers. Today you can still see that it has a bust market where you can find spices, perfumes, glass works, fabric and souvenirs. This city is also known as being the hottest place in Egypt. Indeed even I visit the city in March, the weather was hot. Although most people use Aswan as a base to see this fantastic temple of Abu Simbe (which is the one I am dying to see), I could not find chance to visit that temple which gave me reason to go Egypt some time soon again! 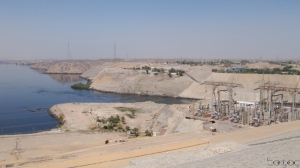 Picture 01: Aswan High Dam. We all know that the Nile River used to flooded each year during late summer, as water flowed down the valley from its East Africandrainage basin. These floods brought high water and natural nutrients and minerals that annually enriched the fertile soil that made the Nile valley ideal for farming since ancient times. However  almost 5 decades ago,the population of Egypt’s  grew and conditions changed,so did the amount of the floods. The Aswan High Dam was constructed in order to control the floods, and thus both protect and support farmland and the economically important cotton crop.

Picture 02: Aswan is Egypt’s door to Africa! The triangular sails of the feluccas form an integral part of the Nile landscape. They are not just for the tourists: these sturdy sailing boats are still a common mode of transport for people and animals, as well as for goods.

White-sailed feluccas! They will take you into a journey of frozen times…

Aswan is the home of many granite quarries (generally red) used for ancient temples, colossi and  the Obelisks!This is the site where you can see the unfinished obelisk (to me it is the “broken” obelisk!) that  has recently been renovated and equipped with tourist facilities.

The Unfinished Obelisk located in the Northern Quarry still lies where a crack was discovered as it was being hewn from the rock.

The one in the picture is known as the largest ancient obelisk that carved directly out of bedrock. If finished it would have measured around 42m (120 feet) and would have weighed nearly 1,200 tons.

According to the scientists, this obelisk possibly intended as a companion to the Lateran Obelisk, originally at Karnak (it is now in Rome).

It is also said that a crack in the stone occurred, which caused it to be abandoned. Tools left by it’s builders are also visible next to it.Whatever they say about this obelisk, I personally believe that we will never know if it was abandoned or simply  broken! If you ask “does it worth visiting?”, honestly I would say “No it does not!”. You may find better places to visit in Aswan rather than this broken obelisk.

The Nile and Elephantine Island

Aswan is also famous with its Elephantine Island. Elephantine is a Greek spelling of “elephant”. In ancient times, the Island, as well as the southern town, was said to be called Abu, or Yabu, which also meant elephant. It is believed that the island received it’s name from the large boulders in the river near the island which resembled bathing elephants, particularly from afar. Actually this depends on your imagination! Either those boulders look like elephants or not, yet it is a fantastic view to watch rocks, plants and sand though the river. Two of the Nubian villages, Siou and Koti are located on the bottom of this island.

Amazing flora of the Nile! Aswan is parted by gardens with palms,  banana tress, guaves and mangos, as well as fields with clover, molochea and corn. If you are a Cypriot you can easily recognize molochea plant, if not you may think that it is cannabis; but it is not!

Aswan was the ancient Egyptians’ gateway to Africa: its Nubian inhabitants are lither and darker than the Saiyidis, with different tastes and customs. The word “Nubian” is familiar to me from the musical AIDA! The Aida musical is written by Elton John and Tim Rice and became so famous in the Broadway. The musical is about a love story between an enslaved Nubian princess and an Egyptian soldier. For sure this love is a forbidden love and the young lovers are forced to face death or part forever. Unfortunately Nubians are nothing alike the princess Aida and they were used by Egyptian pharaohs as slaves during the centuries. Today, it is said to live  3.000 inhabitants in the Elephantine island.

The picture on the left: The pace of life was slow and relaxing in this city. While watching Nubian children playing next to the river, you feel like you are in one of those documentaries that you dream to visit someday…On the banks women wash clothes in the river Nile, children are bathing and exulting.

The picture on the right: This is me in a small boat on the Nile river. Smooth amber sand behind me is the spirit of the Sahara!

The picture on the left: After a felucca captain shuttled us across to the camel marshalling area, we ride the camel to the Nubian village. The pathway was at the edge of Nile and sharp. I must confess that at some point I thought that I would fall into the water! Still it was fun to ride a camel.

The picture on the right: The typical Nubian houses are either in bright blue, deep red or mustered yellow. These colors gives a unique identity to the region. The houses are typically one story, made of mud-brick, has no flooring.The houses are also decorated with crocodile skulls or wall paintings of Mecca pilgrims.

The picture on the left: In the past, the Nile river was full of crocodiles and therefore they were part of daily lives of the Egyptians. As he possessed the strength and nature of a crocodile, ancient Egyptians were both respected and scared from the god Sobek. Therefore Nubians are still keeps crocodiles in their houses (unbelievable but as a pet!) and ask tourists like me to hold them as an entertainment. The slippery skin of a crocodile gave me a shiver and although this one was a baby, it was still scary to hold it! During my Aswan visit, I was so excited to see the Temple of Kom Ombo that was  built mainly to serve 2  gods at the same time: Sobek and Horus.

The picture on the right: Nubian children in front of the bazaar. Of course they asked for tips after this pose even my intention was just to take the picture of bazaar and they gathered together in the second which I took the shot! The only Nubian word that I learned during this visit was “Ekináira?” which means “What’s your name?”.