This is probably the hardest place to put into my travel notes. Cairo had always been the place that I wanted to visit since my childhood. I do not know why I postponed my dream to visit the capital of Egypt until 2010! I guess I will not able to write much note about Cairo. All I can say is Pyramids and especially the Sphinx were the best structures I have ever seen during my entire life!

My first impression about Cairo was its dense population and crazy traffic. Well, the city  is  ranked as one of the most densely populated cities in the world and you can feel this from the very first moment. The city is also very remarkable from its Islamic architecture; however during this trip I did not have much to visit those structures.

The city is also an opened window to the Arab World and it is the metropolitan of Africa. During the centuries Cairo  had always been a focal point of Ancient Egypt due to its strategic location. The city is located along the Nile River that branches into Nile Delta and finally flows to the Mediterranean Sea. It is also situated on  northern Egypt that is called “Lower Egypt”.

Cairo is  24 hours awaken city  with the noisy honking of car horns, children playing in the streets and merchants selling their goods.  However, the city still keeps its excitement and mystery, dark secrets and glorious days.  It is a city that mixes  many cultures of the world with the many ages of the world; therefore it is one of most spectacular “world heritage” that everyone should visit someday…

Perfection is What Leads to Eternity: From Human Gods to Poverty!

Picture 01: Cairo tower: The Cairo Tower is a modern 187 meter-high TV tower with views of the city from all sides, topped by a revolving restaurant.It stands in the Zamalek district on Gezira Island in the Nile River.

Picture 01: Giza is Egypt’s third largest city that  is located on the west bank of the Nile River, some 20 km southwest of central Cairo. It is very well known place with its  Giza Plateau that has most impressive ancient monuments of the world:  complex of ancient Egyptian royal mortuary and sacred structures,  the Great Sphinx, the Great Pyramids of Giza, and a number of other large pyramids and temples.

Mystery of the Giza Necropolis

Pyramids of Giza and the Sphinx: The only remaining monuments of the Seven Wonders of the Ancient World

The pyramid of Khafre

The Great Pyramid – Khufu Or Cheops

The pyramid of  Menkaure (Mycerinus) 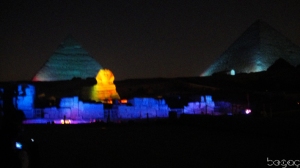 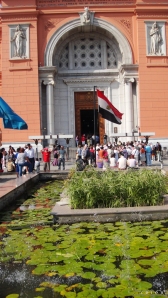 The museum is home to the most extensive collection of ancient Egyptian antiquities in the world. It was said that it has 136,000 items on display.However what makes it also different from the other Egyptian museums of the world is  the remnants of Tutankhamen’s tomb.

The first museum of Egypt (the one that we know from the movie “Mummy”, actually was opened in 1858 with a collection assembled by Auguste Mariette, the French archaeologist retained by Isma’il Pasha who was the Ottoman ruler of Egypt. That place was originally build as an annex of the palace of Ismail Pasha in Giza. The museum moved to its present location in 1900. Present building is a typical example of Neoclassical architecture that has a pool located in its front garden full of papyrus and lotus that are symbols of upper and lower Egypt.

The tomb of Tutankhamen was found remarkably intact by Howard Carter in the Valley of the Kings in 1923. Artifacts on display include the gold funerary mask and sarcophagus, four huge gilded boxes that fit inside each other, an ancient trumpet, thrones, and even a royal toilet seat. It is perhaps the only Egyptian royal tomb which was found before it was looted. Although that young boy was not such an important king from the Egypt history, with the discovery of his tomb he became well known from the whole world.

The royal Mummy Room  of the  museum is another spectacular section of the museum. There are11 royal mummies from pharaonic times in this section. There is also a room of mummified animals and birds next to it; which are also very interesting to see.