THE MOST DANGEROUS ORGANISM OF THE NEW-RELIGION

In 2001, I got a master course from the Department of English Literature and Humanities of EMU, entitled ‘ENG 562- SEMIOLOGY AND MEDIA STUDIES’. I was the only student in the class who is from another department and that made me feel little strange about my presence in the class. However, when I first heard about the topic of the term project, I relaxed and from that moment, I had one of the best semester of my master studies.

The topic was about analyzing a book named ‘Crash’ written by James Ballard and later filmed by my all time favorite director David Cronenberg. 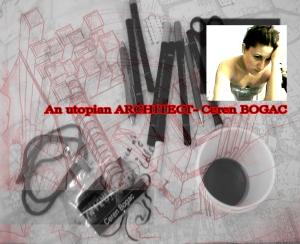 In the post-technology age, the understanding has changed, such as street man cannot understand anything that has not got a mediatic twin.

According to me, simulation represents it’s originality – that stands in the background-, with just an accent on the irregular dimension.; like the car collisions in the CRASH movie. The new subculture formed by mental and physical pleasures of the movie’s characters during the experiment of new sexuality’s, death’s and danger’s dimension, starts to shape a new way of life in which basic emotions and basic imagination becomes dominant. And this new life is tried to teach and insist to the others by a lonely and separate missioner; Vaughan.

I think, the reason of the strange relation between the human body and metal, and the reason of the acquiring of the characters by this new relation, is because of the one moment meaningfulness  – like finding new meanings of car crashes and sex in the characters’ lives- has an important value for the modern society even day after day, the losing of the meaning for everything becomes rapid.

We can explain new-religion concept at that point with a narrow definition. But, it is not that’s much easy to tell…

If J. G BALLARD can produce metallic- reality’s simulations by his own imagination’s twins of course with the help of CORNENBERG; book and movie, then, this means I can create a BRUTAL CITY that cannot be built but lives with simulation age’s architecture and medias, for his exploration of a brutal new life. And like CRONENBERG, I can produce the

If the new-religion in the movie (and of course in the book) threats the existing values and shaped by a new form mixed with scare, then architecture can also create a human-machine city that stands outside the play by treating the existing values. Such a city that has its own play, tools and aims; like living the endless changes and may be a city that can provide a continuous pleasure with its movements, as the characters felt during the car collisions’ few minutes crash and break ups: that has no before and after!

Brutal city should be the place of vagueness. That is to say, like making machines used in the movie (cars) in a much huge scale, moving faster, integrated with the human organism and also such a living-machines whose perspiration is in the color of blood, making whole organism the place itself.  And giving the prophet mission to the one who discovered this new situation –as Vaughan did in the movie- to the architect.

These new places must be the living-machines which are accepted as vagueness’ and fear’s boundary lines, top points of the crises. When these areas are accepted by an architect as vital new zones, brutal city, that likes Vaughan’s himself, coherent but unknown silhouette, both abstract and has identity, will come to the stage with it’s vision. And like Vaughan’s knowledge about the secrets of man and machine’s interactions, the architect will know all the secrets of the new life -taking place in these new spaces and the pleasures of brutal city that s/he created.

As happening in the Crash; this new world –and of course this alternative culture for the post-technology age-, will be depicting, in terms of paradoxical dimensions of  “myself” that can see the lost time and place, of lonely and abandoned people – those can not let free by the changing situations. –

I will try to draw my thoughts. Or may be there can be other ways to present it; as recording or photographing. I need to think. Bu briefly, this is the project that I want to study .