General Info about the Summer School

Cities are always in a rapid pace of transformation witnessing a high-speed of modification. Cities Fragmented -Cities Integrated- Cities Deserted, Cities De-populated, Cities Deteriorated, Cities Re-generated, Cities Transformed, Cities Re-moulded and so on. The city of Gazimagusa / Famagusta / Ammochostos is one of those unique cities, which underwent dramatic changes throughout its turbulent history. This depends not only on the negative circumstances, defects and impossibilities, which traces how it was fragmented, de-orientated, and decayed; but also refers to positive attributes with its progress and re-generation in last four decades. Still, there is accumulated potential to recover itself through creating new impulses and better resolutions. The Summer School will introduce this theme “From Fragmentation Towards Integration” of the cities having similar characteristics as Gazimağusa wishing to whisper its Urban History, Architecture and Culture in the cases of marginalities and extreme situations. 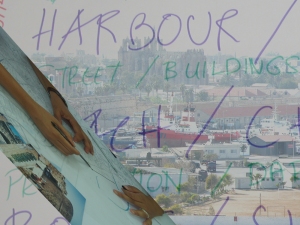 The Theme: Human responses in Magusa city will be searched in different quarters of the town by recording people’s memories, realities and dreams. The method offered here has three stages as seen below: In the first stage, people memories in their lives in relation with houses, quarters and towns will be searched. Here are two important dimensions: Socio-cultural & Architectural. Socio-cultural dimension is related to images, symbols and characteristics, which have been come out both individual and collective senses in a certain town or a society, are going to be discovered. In architectural dimension, architectural codes / genes and urban memories are to be studied with citizens by the students. In the second stage, comparison will be made the realities of these people in their living environment both in private and public domains in the terms of their physical, psychological and social world. To understand these issues, students will have visits in-group of two or three by interviews and recording various situations around the chosen quarter in Magusa. In the last stage, explorations of people dreams: (thoughts, needs, expectations and preferences, etc.) in their living environments will be examined. By doing this research, students enable to produce some innovative solutions in order to recover some of the individual, social and architectural issues with the owner / user / citizen of the problems in this specific environment in relation with the theme of Beyond the Boundaries: FROM FRAGMENTATION TOWARDS INTEGRATION / FRAGMENT-I- CITY * INTEGRI-CITY* MAGUSA-CITY………. 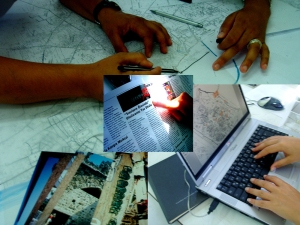