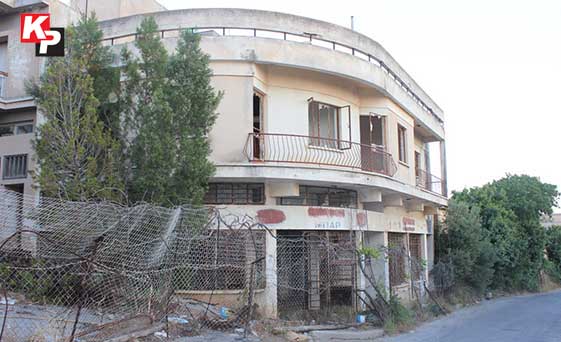 Cyprus Post has spoken with environmental psychologist Ceren Boğaç from the Famagusta Ecocity Project, who born and grew up at the northern part of the barbed wires of Varosha for years, both witnessing this trauma and reflecting the effects of this environment to her profession, listening to the stories regarding to this area.Boğaç mentioned that both Greek and Turkish Cypriots suffered a lot during all those years, and she listened to the pain of those people during her studies. She mentioned that “You can destroy and rebuild the cities. Everything can be cleaned, but the most important thing to do is healing the wounds of people”. “Both communities had the pain of living by witnessing all these, therefore we wanted to form a  common peace language” added Boğaç, and stressed that they wanted to set a vision which can bring both communities on the same table to design a city they can live together and as a team they work for this. 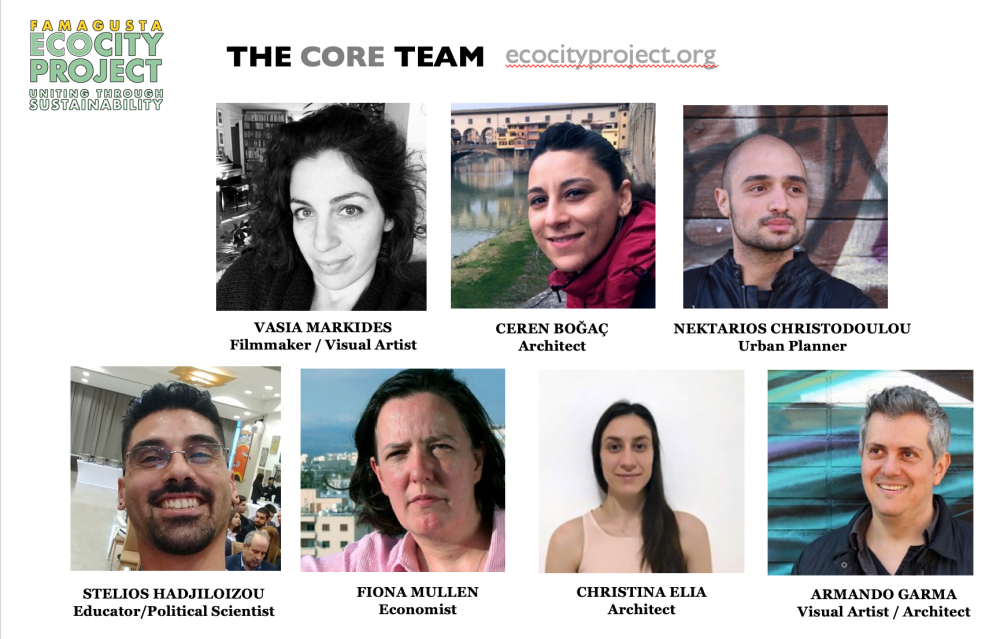 “I was born in a Greek Cypriot house, experienced the divisions very deeply”

Boğaç was born in a Greek house and spent her childhood in the Kato Varosha region. She experienced the remains of the war, division, prohibition (of Varosha) and post-war traumas. “Growing up in such an environment also affected my carrier choice” said Boğaç and mentioned that because of this she chose to be an architect. “I always dreamed about designing better living environment, happy houses people could live in” said Boğaç, mentioning that her parent’s house was looking to the abandoned houses (remained in Varosha) and there were incomplete lives in those houses by stressing that the trauma was not any different for the Turkish Cypriots who live in abandoned Greek Cypriot houses (in Kato Varosha). “My family always told us do not touch this, do not move its place, do not harm that, let the original owners find everything as it is when they return” said Boğaç and added that during her post-graduate studies she traced the adaptation and place attachment patterns of Turkish Cypriots – to what extend they made changed and develop attachments- who settled in abandoned Greek Cypriot houses located at Gazi Baf Street.

“People always dreamed about returning to Paphos someday” Boğaç said and stated that the TC refugees always had a kindness by saying “This is the house of others, we always found pictures of others hanging on the walls, we slept on the sheets of others. We don’t own this place as our home. We will also go back to our own home.” Stating that the situation has always been more tragic for the Turkish Cypriots, Boğaç said that Varosha has always been a bargaining chip, so people always mentioned “one day we’ll be displaced from here, this is not our home”.

Boğaç stated that she had gone through traumas during her childhood and during her studies because of closed Varosha and she internalized almost everything during her research. During her interview with a Paphos refugee settled in Kato Varosha, she said she could never forget the words of a refugee lady saying that “I run away from Paphos without even talking a childhood photo of mine! How can I call this house my home when I do not have a photo pf my childhood on the walls?”

Boğaç also mentioned that she watched a documentary called “Hidden in the Sand”  at a time that she was trying to run away from these traumas and this is how she met with Greek Cypriot director Vasia Markies who she developed an online friendship for so many years (which turned into a life time friendship). “She had a Famagusta experience through the memories of her mother, there was a city that her mother had lost, and she was very upset about it. I was living in that city, which I was born and raised, but half of it was forbidden to me. I can’t touch it. I can’t give any meaning to this. Why are those houses empty and why people have been detached from their homes?” said Bogac, who told that they wanted to do a project about it, and this is how they came together. Stating that the environmental problems in the world and in our country are above all problems, Boğaç said that they set off for the future where the environment would be in the forefront, thinking that the best thing that could cover the wounds of people and wounds of the past is to start healing the environment. “There has always been integrative projects and solution scenarios (regarding Varosha), however not much talked about big ideas.We always missed the whole picture when we got lost in the details.” said Boğaç and added that with this project they highlight the many problems of Closed Varosha and Famagusta in a peaceful/sustainable way. 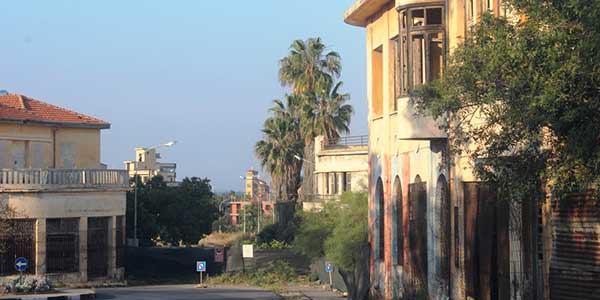 Among the objectives of the project is that there is no imposing planning proposals related to Closed Varosha, because they do not know what a 45-year ghost city contains and they do not know what they will encounter with, Boğaç said, “therefore we wanted to offer a vision to people”. “We both have experienced the pain of growing up by witnessing this, therefore we wanted to develop a common language of peace” said Boğaç, by adding that they organized panel discussions to tell people nothing could replace the taste, smell, even the smallest pain people had in the past.

During the panel presentations which were conducted with many experts, Boğaç said people shared their common worries about the future of their city and emphasized that Greek and Turkish Cypriots developed very interesting design and city planning tools to plan their future together. Boğaç mentioned about the participatory planning tools developed by Ecocity project research director Nektarios Christodoulou who also conducts a PhD thesis on Famagusta, as well as how to turn stories of people into urban planning tools.

Boğaç explained how they have managed to bring people together to work together (as  bi-communally) through the project, and said “the project was a good pilot study to demonstrate how current inhabitants of Famagusta and those who had to leave the city could come together and could work together to plan a better future”.

Boğaç: People should walk to their homes

Boğaç said if Varosha is re-opened, the first thing that people should do after all those years is to walk to their homes, “they should go over the barbed wires, touch to their homes and take a breath there.”Boğaç emphasized the everything else can be solved, the only thing that cannot be replaced is the emotions of the people. Boğaç said “You can destroy and rebuild the cities. Everything can be cleaned, but the most important thing to do is healing the wounds of people”.